Doping and corruption report, a 'dark day' for athletics 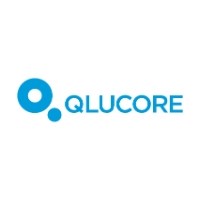 The world of athletics is in turmoil after the publication of the World Anti-Doping Agency commission report, which has recommended Russia should be banned from competition. The report examines claims of doping, cover-ups, and extortion in Russian athletics, which also implicated the IAAF, the sport's world governing body.

One of the ways athletes try to cheat the system is by blood doping. To date, it has been extremely difficult to test whether an athlete has been involved in blood doping – also known as induced erythrocythemia – which means that detection has often relied upon random searches of athletes’ homes and team facilities for evidence of the practice, rather than any reliable scientific testing. However, researchers at a UK hospital are using a number of complex, data-intensive studies to provide new insight into “blood doping”, a practice which attempts to boost the number of red blood cells in the bloodstream in order to enhance athletic performance.

But how does “blood doping” work exactly? Because red blood cells carry oxygen from the lungs to the muscles, a higher proportion of these cells in the blood can help to enhance aerobic capacity, improve endurance and reduce fatigue, and therefore give athletes an edge during competition. Although oxygen is carried to the muscles by two different delivery systems, only 3% is carried in solution (plasma) and the remaining 97% is bound to hemoglobin, the principle protein found in red blood cells.

Blood doping normally begins by withdrawing between 1 to 4 units of a person’s blood (1 unit = 450 ml), usually three to four weeks before a high-endurance sporting event. The blood is then centrifuged so that the plasma components can be re-infused immediately, whilst the remaining red blood cells are placed in cold storage. Red blood cells can actually survive this process quite well, as they can be frozen (and later thawed) with little loss of viability or activity.

For the blood transfusion itself, there are two possibilities. In a “homologous” transfusion, red blood cells from a compatible donor are collected, concentrated and then transfused into the athlete’s circulation prior to competition. In an “autologous” transfusion, the athlete's own red blood cells are collected before competition and then re-introduced to the body up to a week before the actual event is to take place. In some studies, this process has been shown to increase the hemoglobin level and red blood cell count by up to 20%.

However, in addition to being prohibited under the World Anti-Doping Agency’s (WADA) list of prohibited substances and methods, both types of transfusion can be dangerous because of the risk of infection and the potential toxicity of improperly stored blood. Homologous transfusions present the additional risks of communication of infectious diseases, blood contamination, and other adverse reactions.

Although a test for homologous blood transfusions was implemented at the 2004 Summer Olympic Games in Athens, WADA has expressed its support for research projects that aim to develop a test for autologous transfusions as well.

In recent years, researchers have been looking at red blood cells in order to see whether any deterioration occurs when the blood is stored outside the body for a period of time.

These studies typically begin by taking a sample of fresh blood, purifying it from any contaminants, examining it, and then storing the blood for three-to-four weeks. The research team can then examine these same blood samples and compare the two groups.

However, even though studies like these are helping to determine whether certain aspects of human blood do, indeed, experience some deterioration when stored, they also produce a staggering amount of data that needs to be analyzed very carefully. Fortunately, the latest software in this area is now making it possible for scientists to analyze this data with a combination of statistical methods and highly effective visualization techniques.

Advanced data analysis tools can now be used to simplify highly complex data by giving it a visual form. For example, even the most complex data can now be plotted as full-color 3D images on a computer screen, and then rotated manually or automatically, so that it can be examined by the naked eye easily. This approach has helped to open up new ways of working with data and, as a consequence, has helped biologists to be more actively involved in the analysis process.

This type of advanced software combines advanced data visualization techniques with powerful statistical methods and filters. Different colors can make this analysis even easier, as each sub-group can be labelled with its own unique color. As such, applications like these make it much easier for researchers to examine and analyze the data derived from their experiments, and also to check their data for any outliers by visual inspection.

This level of flexibility is important, as researchers want to be sure that their analysis isn’t too restrictive. If false positives are limited too stringently, for example, the research team could be left with just a very small number of records to study. However, researchers can now use the latest data analysis software to adjust these values as necessary – and in real-time – thus making it much easier to control the number of results returned and to achieve more meaningful results.

Research in this area continues

Experiments in this area normally rely on an enormous amount of what’s called “microarray data” – more than 1.5 million values – but the data visualization and statistical capabilities provided by this new generation of software mean that scientists can analyze this information in a very short time. With this approach, researchers will be able to uncover even more interesting results, as this method can help to identify extremely small differences between different blood samples.

At the same time, new initiatives like WADA’s Athlete Passport program are making it possible to follow an athlete's biological variables over time, so that researchers can detect any abnormal variations of determined biological variables, even if no “foreign substance” has been introduced into the body. By monitoring these changes very carefully, miniscule differences in the blood can be identified very quickly.

Additional studies in this area will be of substantial benefit to athletes all across the globe, not only as a way of ensuring fairness and good sportsmanship during sporting events, but also to protect athletes from inadvertently harming themselves. As such, scientists around the world are committed to making this vision a reality by pursuing their research in this area even further.