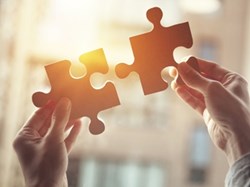 Albumedix Ltd., an enabler of advanced therapies and one of the world leaders in recombinant human albumin (rHA), has announced it has entered into a distribution agreement with established and well-recognized reagent supplier FUJIFILM Wako Pure Chemical Corporation (FUJIFILM Wako) in Japan, China, and Hong Kong.

The partnership further strengthens Albumedix’ commitment to advanced therapy and biopharmaceutical developers in the region. Under the terms and conditions of the agreement, FUJIFILM Wako will act as a commercialization partner and distributor of Albumedix´ recombinant human albumin products (Recombumin®), including joint marketing efforts in Japan, China and Hong Kong.

Albumedix already has a long-standing history of servicing biopharmaceutical developers in Japan and China and have been investing in this region for a while, recently exemplified with the announcement of Drug Master File (DMF) submissions to the Japanese Pharmaceuticals and Medical Device Agency (PMDA) and DMF lodged with the Chinese National Medical Products Administration (NMPA). FUJIFILM Wako is well established within these markets, developing and producing high quality reagents to address the needs of life science innovators. The partnership further demonstrates Albumedix’ commitment to expand and accelerate its activities in these regions. Together FUJIFILM Wako and Albumedix will work to address the availability shortage of high quality and consistent human albumin in the region. Albumedix will continue to support its existing client base and invest in its commercial presence in the region.

“With this partnership Albumedix gains a valued and experienced partner with an established presence in Japan, China and Hong Kong. FUJIFILM Wako is highly experienced in the advanced therapy and biopharmaceutical space, where Albumedix products have proven to be vital enablers. We look forward to a strong collaboration with FUJIFILM Wako in order to enable the continued development of transformative therapies in the region.” Says Gregor Kawaletz, Chief Commercial Officer at Albumedix.

“Albumedix´ products are an integral part of the processing and formulation of advanced therapies and biopharmaceuticals such as vaccines, cell and gene therapies. The high quality and purity along with extensive regulatory documentation and expert support will offer a versatile tool for the customers of FUJIFILM Wako. FUJIFILM Wako will be working through well-established sales channels and mature network of dealers and local representatives, relying on local language and dedicated specialists to broaden the use of Albumedix products and enable the development of therapies and biopharmaceuticals in the respective territories.” Says Mr. Kuniaki Okamoto, General Manager, Life Science Development Operations.