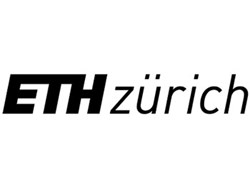 ETH researchers used computer simulations to classify the current activity of corona structures on the surface of Venus. To their surprise, they found a previously undiscovered ring of fire on our neighboring planet.

Years ago, planetary researchers discovered unusual circular structures on the surface of Venus when observing high-resolution images from NASA’s Magellan mission. Such structures are known as coronae (from the Latin meaning “crowns”; singular: corona). A few years ago, a team of ETH researchers led by Taras Gerya, Professor of Geophysics at the Department of Earth Sciences, used computer models to investigate how these structures may have formed (see ETH News article “Hotspot Venus” from 21 February 2014).

Most researchers assume that these odd circular surface features are formed by mantle plumes from deep within the planet.

A mantle plume is an upwelling of hot, molten rock that is transported by convection currents from the lower mantle to the crust in a column that widens in a mushroom-shape at the top. The heat it carries melts the surface of the crust in a circular form. Continuous material rising from greater depths widens the plume head and expands the ring structure on the surface to form a corona. The solid crust surrounding the mantle plume may crack and ultimately sink below the edge of the corona, triggering local tectonic processes.

However, the topography of coronae is by no means homogeneous or easy to describe. “These structures exist in a large variety of shapes and dimensions on the Venusian surface,” says Anna Gülcher, a doctoral student in Gerya’s research group.

Following up on this observation, Gülcher used a larger set of improved 3D simulations to re-examine the coronae as she sought to establish a link between the variation in surface topography and the processes at work beneath. Her study was recently published in the journal Nature Geoscience.

The new simulations show that a corona’s topography depends on the thickness and strength of the crust where the mantle plume strikes it and, above all, that their topographies are directly related to how active the column of magma beneath the surface is.

This salient observation enabled Gülcher and her colleagues to classify over a hundred of large coronae on Venus into two main groups: those that have formed above an active plume that is currently rising and carrying molten material, and those above a plume that has cooled and become inactive. “Every corona structure has a specific signature that indicates what is going on beneath it,” Gülcher says.

On a map of Venus, she plotted all the coronae according to how their activity was classified. To her surprise, most of the coronae overlying active mantle plumes form a belt in Venus’ southern hemisphere. Only a handful of active plumes are located outside this band. “We called this band the ‘Ring of Fire’ on Venus in reference to the ‘Ring of Fire’ on Earth,” Gülcher says. She assumes that the belt coincides with a zone that expels high levels of rising plume material.

It is important to note, however, that the position and dynamics of Earth’s ring of fire are the result of plate tectonics, she explains. On Venus, the cause is vertical hotspot volcanism—a phenomenon that occurs in only a few places on Earth, such as below the Hawaiian Islands.

Exactly why the mantle plumes on Venus are arranged in such a belt, and what this means for deep interior processes on Venus, is an important question to address in future studies, Gülcher says. This may be done with large-scale computer simulations.
Huge computing capacity required

In their models, the researchers simulate only the very top few hundred kilometers of the mantle plume. In reality, however, the plume conduits could be over 1,000 kilometers long: “Simulating the total length the plumes could reach is out of the question because of the huge computing capacity it would require,” Gülcher says. The current simulations, performed using the Euler cluster at ETH, are already eight times larger than previous ones.

The planetary scientists hope that their findings will also provide fresh insights into how mantle plumes function below the surface of the Earth. They are likely to be what causes hotspot volcanism, as seen in the Hawaiian Islands. Mantle plumes may have been a trigger for plate tectonics observed on Earth as well, as Gerya’s research group was also able to simulate. As mentioned at the time, Venus could serve as a model for the processes that may have taken place in Earth’s early history.